In this trio of adventures, Marla solves a murder at her day spa during the December holidays, investigates her best friend’s suspicious car accident, and enters a bake-off contest at a farm festival where she discovers a dead body in the strawberry field.

FACIALS CAN BE FATAL

The last thing salon owner Marla Vail needs during the December holidays is a dead body slathered in a green facial mask at her new day spa. Hoping to salvage her reputation, she determines to track down the killer. She’d better prepare for a body count that has nothing to do with hot stone massages and everything to do with murder.

“Take a twisty mystery, add a cast of amiable characters, a dash of family drama, and a pinch of South Florida during the holiday season—they all add up to the recipe for a delightful cozy!” Lucy Burdette, bestselling author of the Key West Food Critic Mysteries

When hairstylist Marla Vail’s best friend, Tally, is hurt in a suspicious car accident, Marla assumes guardianship of her infant son. The crash takes an ominous turn when Marla’s husband, a homicide detective, determines it may not have been an accident after all. Marla launches an investigation while praying for her friend’s recovery. Can she find the culprit before someone else ends up as roadkill?

“Readers will become immersed from page one. You’ll hang on every word as the twists and turns of the mystery are revealed.” Suspense Magazine

Southern sleuth Marla Vail agrees to help find a neighbor’s missing cat. As she follows the trail of the lost feline, she’s surprised to find more than the pet missing from the elderly woman’s house. The lady’s valuables are gone, and according to the police, it isn’t the first incident in the neighborhood. Can Marla outwit the crooks before they cause another cat’astrophe?

Savvy hairstylist and amateur sleuth Marla Vail enters a charity bake-off contest at a fall festival sponsored by a local farm. While she waits to see if her coconut fudge pie is a winner, she finds a dead body planted face-down in the strawberry field. As Marla investigates, she learns there’s no shortage of suspects. Can she unmask the killer before someone else’s life is cut short?

“The dialogue is sharp, the eye for detail is masterful, and the narrative pacing is just right. Plenty of suspicious-seeming characters raise the tension. Even if you’re not yet a ‘Cozy’ fan, you’ll have a blast.” Florida Weekly

“Marla Vail is a businesswoman, a fabulous hairdresser, and an amateur sleuth extraordinaire! In this 3.5 book set, Marla finds herself investigating a death at her spa, an accident involving her best friend, helping a neighbor and untangling secrets and murder at a bake-off contest! All while juggling a schedule that keeps getting busier by the day, unexpectedly taking care of a baby, and trying to make life-changing decisions about her own life and family. As always, a fun, quirky, wonderful cozy set. Well written, great attention to detail, twists and turns galore, with a slew of suspects and undercurrent stories.” Polina P. on Goodreads 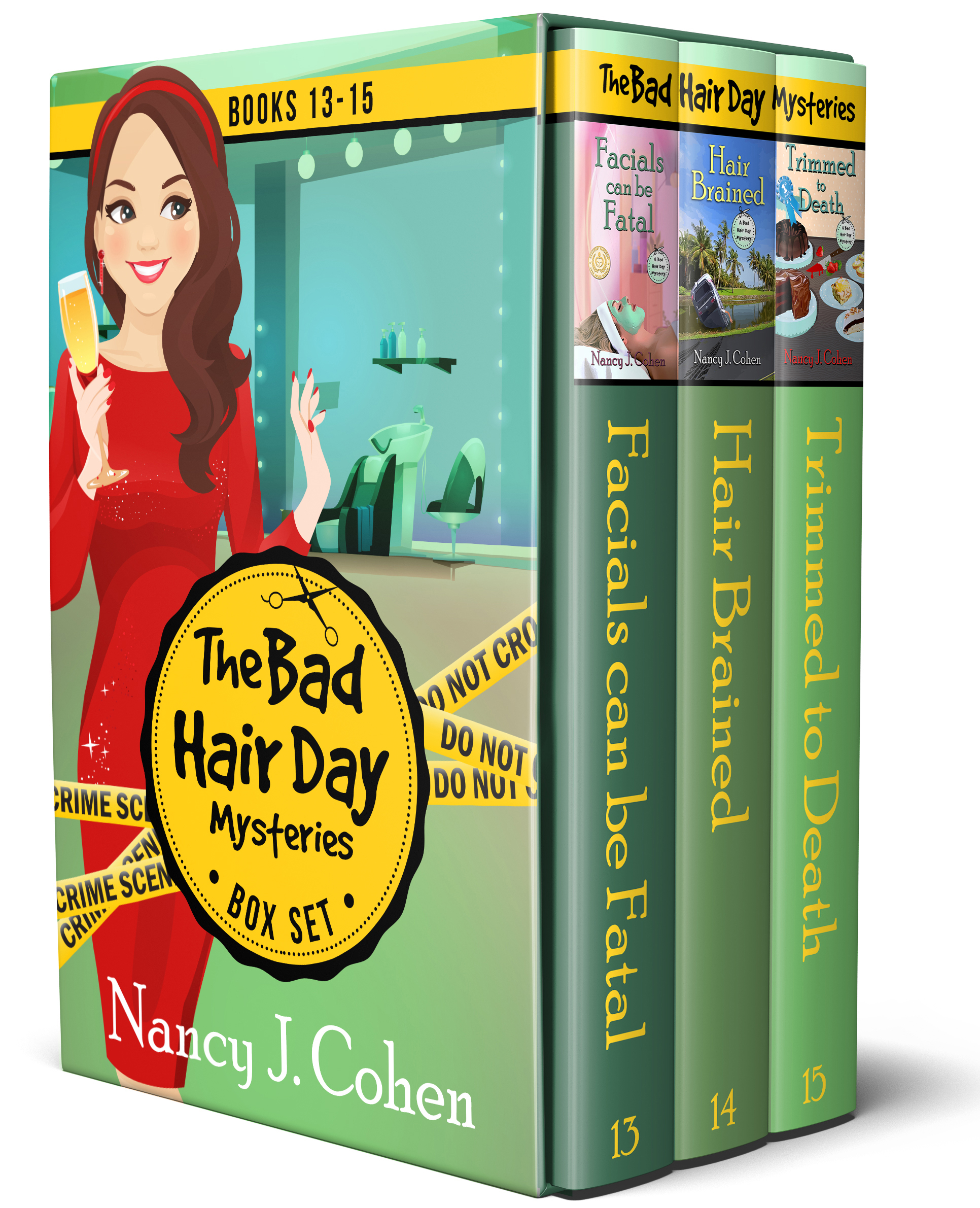