In this trio of adventures, hairstylist sleuth Marla Vail discovers the matron of honor stabbed to death under the cake table at her friend Jill’s wedding. She gets married and moves into a new house with a dead body next door. Her honeymoon at a dude ranch turns dangerous when ghosts from the past stir up more trouble than the horses.

Hairstylist Marla Shore is weeks away from becoming a bride when she walks down the aisle as a bridesmaid at her friend Jill’s ceremony. Things take a turn for the worse when the matron of honor ends up dead under the cake table. Lots of folks aren’t sorry to see Torrie go, especially since the bride’s sister knew their deepest secrets. But when suspicion falls upon Jill, Marla wonders if her dear friend is truly innocent. She’d better untangle the snarl of suspects and iron out the clues before the killer highlights her as the next victim.

HANGING BY A HAIR

Marla’s joyous move to a new house with her detective husband, Dalton, is marred by their next-door neighbor who erects an illegal fence between their properties. When Dalton reminds the man of local permitting laws, tempers flare—and worse, the neighbor is found dead the following day. Before her husband’s investigation can begin, he is removed from the case due to a conflict of interest. Now it’s up to Marla to clear his name and make the neighborhood safe again.

“Marla is short for marvelous. If you like your mysteries ‘cozy,’ you’re going to enjoy every minute you spend with her!” Joanna Campbell Slan, bestselling author of the Kiki Lowenstein Mysteries

Marla and Dalton’s honeymoon at an Arizona dude ranch veers from dangerous to downright deadly faster than a horse headed to the corral. With her husband’s uncle—the resort owner—on the suspect list for murder, Marla races to prove his innocence. She hopes her blind trust isn’t misplaced, especially when she learns Uncle Ray has secrets he’d rather keep buried. With her new family in jeopardy, she’d better saddle up her sleuthing skills to figure out who’s adding to the spirits at a nearby ghost town before someone she loves gets hurt.

“Peril by Ponytail ropes in the reader in Nancy J. Cohen’s captivating new tale, which deftly braids together deadly secrets, long hidden resentments, and romance on the range.” Ellen Byerrum, bestselling author of the Crime of Fashion Mysteries 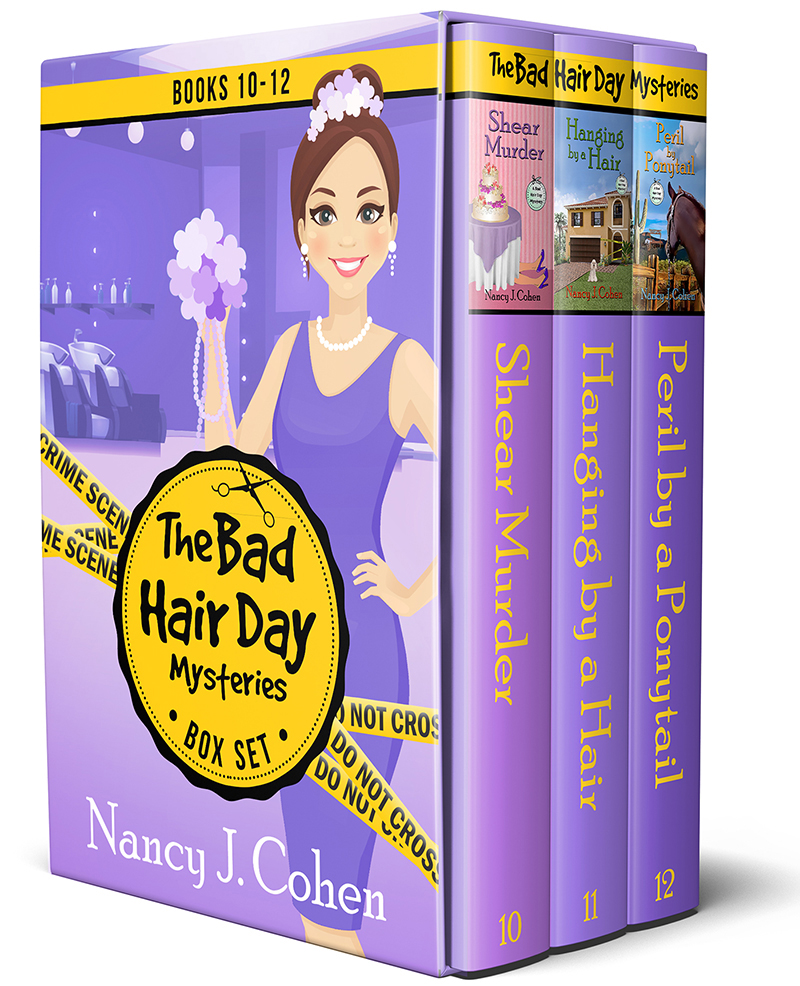