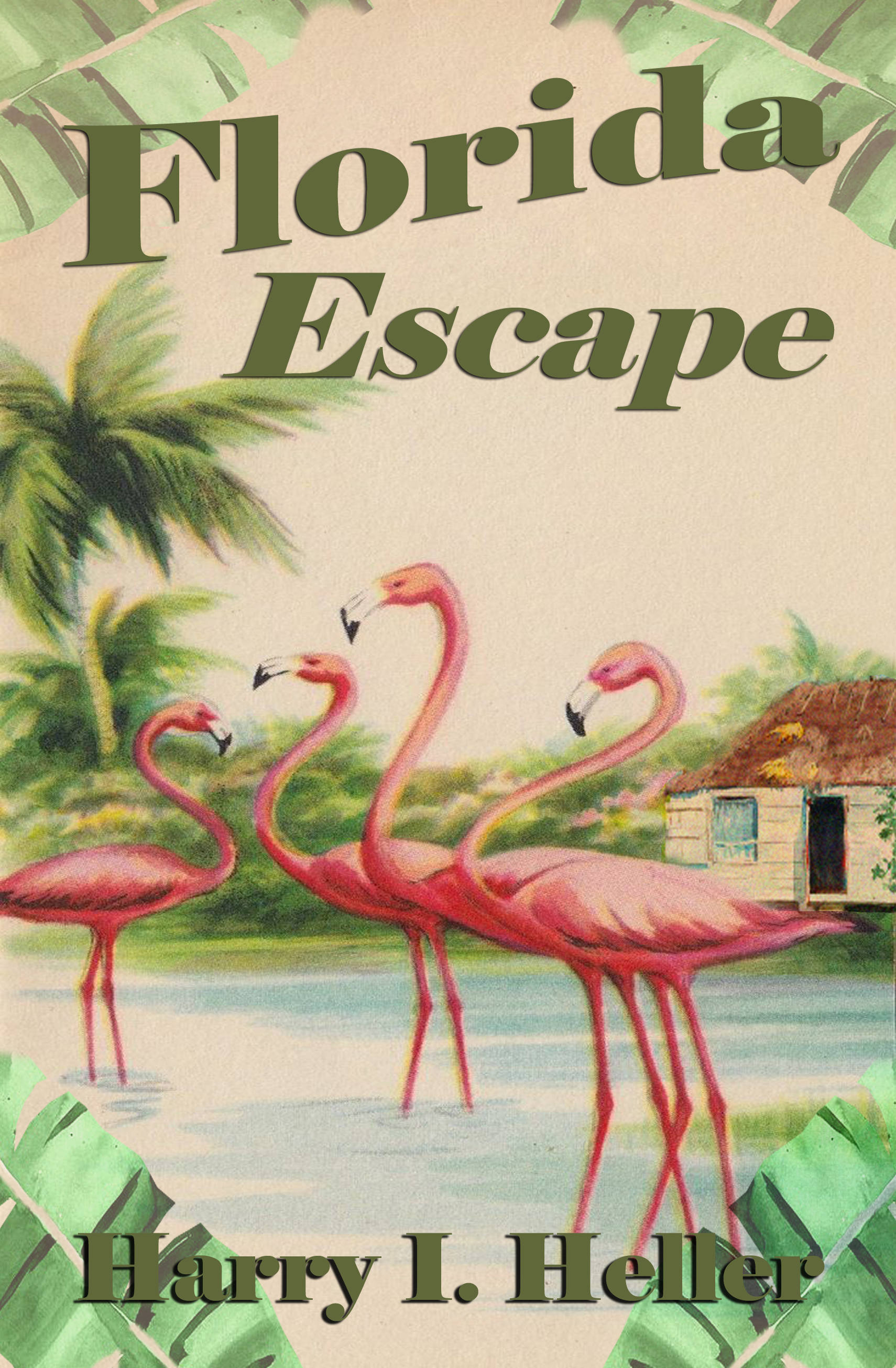 Journey to Florida in 1935 with intrepid explorer Harry I. Heller in this true-life travel adventure tale.

In 1935, Harry I. Heller and two fellow adventurers headed to Florida hoping to discover an idyllic paradise. Instead, they found boggy wastelands, rats and mosquitoes, sticks of dynamite, black panthers, rushing rivers, and skunks.

An explorer at heart, Harry had already spent one summer hitchhiking 12,000 miles across the United States, which he describes in his book titled Thumbs Up. Not to be daunted, he and his friends persisted in exploring their environs until they came upon an abandoned log cabin on a deserted beach. Here they recreated their fantasy of a tropical paradise.

This exciting journey will appeal to fans of Florida history, travel memoirs, and true-life adventure.

“I liked the storyline and found myself wanting to keep reading. Nice flow to the tale. Want to read more stories by him.” —Donna R.

“Reading about Florida in the 30s was so interesting. He was also so descriptive that you felt that you were there experiencing what he was experiencing! Thanks so much for this narrative. Great story telling.” —Janice S

“This is a very charming and retro short story filled with 3 pals” adventures of yesteryear. It has an easy flow; the characters are real and grounded. A definite salute to a time and place and a Florida long gone.” The Happy Reader

“Wow!! What an amazing adventure. I felt I was back in time. A super fast wonderful read!!” An Amazon customer.

My friend Murray and I vacationed in Miami during the winter of 1935. Thoroughly fed up with civilization, its artificialities and complications, we were bored with the monotony of our existence. An overpowering desire for a new environment and for the freedom of unconfined space, for adventure, swept over us. Both Murray and I had experienced these symptoms of wanderlust before, and we’d usually found a temporary cure by escaping to the simple life of the outdoors.

It was at this propitious time that Lester appeared from the north in a dilapidated Ford piled high with camping equipment. We questioned his presence and discovered another restless soul willing to do anything and go anywhere within reason, as long as it was away from people and the hustle and bustle of modern life.

Our tropical surroundings influenced our imaginations. We remembered stories we had read as children about South Sea Islands and Robinson Crusoe, and we pictured ourselves inhabiting a similar small island.

Our dream showed us living in a hut constructed from palm thatch and sunbathing on a beach with no other humans in sight and only scattered clusters of palm trees for company. Being severed from worries, toil, and turmoil that defined civilization would prove an idyllic existence. Such were the fantasies that passed through our minds, and so tempting did they become that we decided to make them materialize. We agreed to find our tropical paradise among the Florida Keys.

As the days passed, we accumulated our equipment. Finally one morning, we found ourselves on a ferry headed out to sea. The boat ride took us to the town of Key West, a place haunted by the ghosts of early settlers. We left the southernmost part of the United States and started on our northward journey in search of an island such as Robinson Crusoe might have inhabited.

Driving north through the Florida Keys, we noted the few anemic-looking palms and coconut trees did not meet our expectations and dampened our enthusiasm. We spent an entire morning in a fruitless search for nonexistent beaches on low-lying and swampy islands, which were nothing but breeding places for mosquitoes and other insects.

Another afternoon spent repeating this experience left us feeling that such a place as our imaginations had conjured was not to be found anywhere in the state of Florida. And so we discarded the thought of an island from our minds and considered instead a desolate and wild spot that might satisfy our taste in this regard.

By this time, we were covered with dust. Perspiration dripped from us in streams, and we were weary and disgusted. We wanted to escape from the insects, the prickly heat, and the evil-smelling swamps to more wholesome country.

Eventually, we came within sight of the ferry at No Name Key, but it had left the shore and headed out to sea. The fact that it was leaving without us was the last straw. Lester stepped on the gas as if to give chase to the slow-moving steamer, and the horn emitted squawks of protest. We could hardly believe our eyes when the boat turned around and came back to the pier to pick us up.

On board was a merchant who was trucking a load of fish to a northern market. He was a vain and jolly fellow, full of amusing anecdotes and a desire to torture people with recitals of poetry he had written to women under the spell of his fatal charm. Although we were unwilling victims of his garrulousness, we considered ourselves well rewarded for our patience upon receiving, as a parting gift from him, a huge ten pound Kingfish. Hereby hangs a tale.

It was after dark when the ferry deposited us at Matecumbe Key. We decided to make camp at a clearing nearby that we had seen the day before. Under ordinary circumstances, we would have prepared a simple meal, but the fish changed the situation. It represented a good supper, and we decided it was worth whatever inconvenience the preparation might cause us.

While Lester tried to nurse a small fire into a blaze, Murray and I searched for wood. But every piece of fuel within the radius of the clearing had been used by previous campers. We had to forage in the surrounding bushes before we had any measure of success.

It was while I was blundering around in the dark that I stumbled over a wooden box partially buried in the sand. I began to demolish it with my hatchet and had removed one or two of its boards when a sudden thought struck me. Perhaps it was induced by the fact that the box was in perfect shape and felt a bit unwieldy. Whatever the reason, I came to the conclusion that it was not empty. I put an exploring hand gingerly into the opening I had made. My fingers came into contact with what appeared to be a layer of long candle-like objects, and a vague suspicion as to their nature entered my mind.