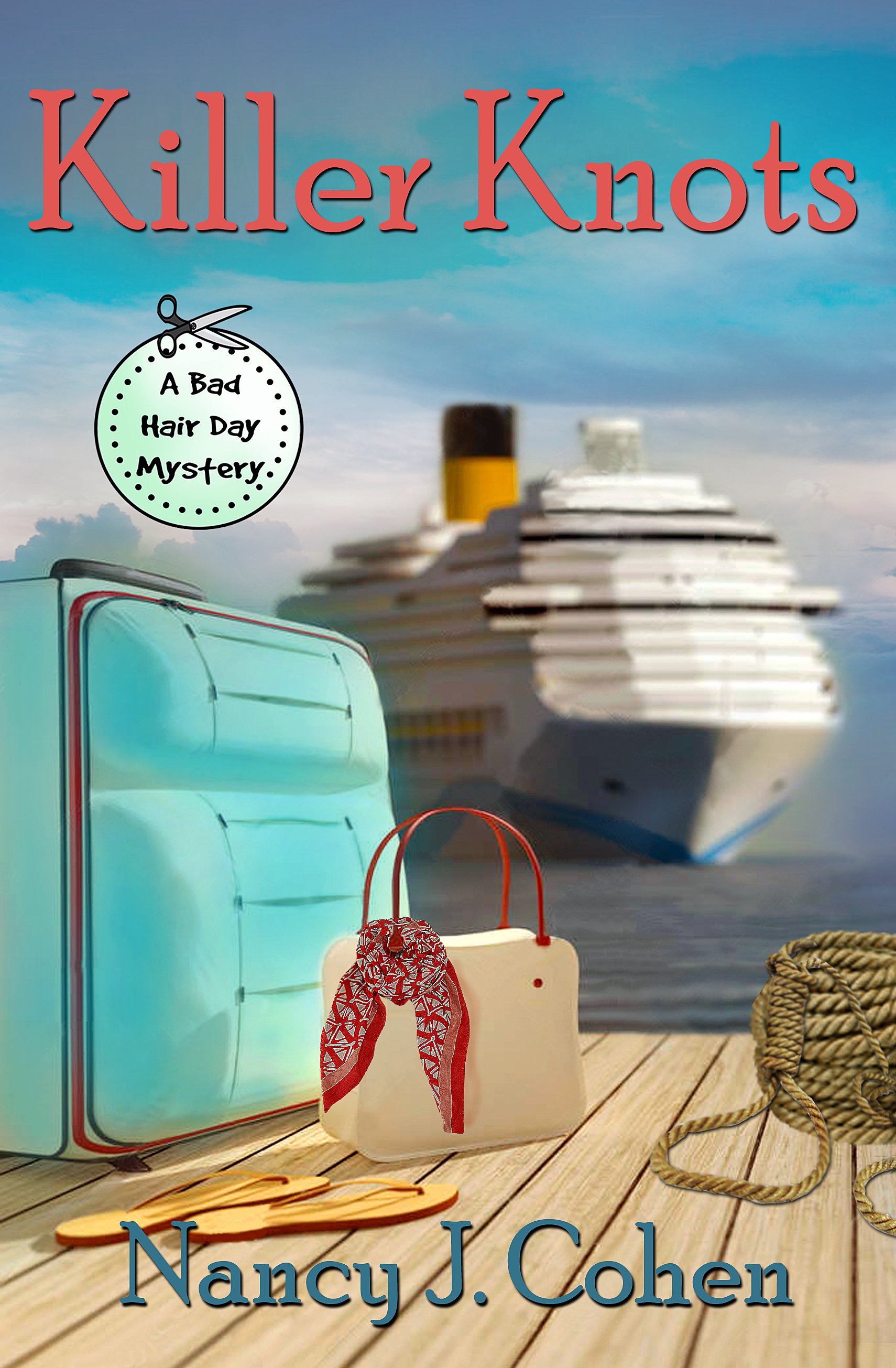 Troubled waters lie ahead when hairstylist Marla Shore and her fiancé Dalton Vail sail away on their first Caribbean cruise.

Set sail for murder and mayhem when hairstylist Marla Shore and her fiancé cruise to the Caribbean with a killer on board in this cruise ship cozy mystery.

Hairstylist Marla Shore is looking forward to a romantic interlude with her fiancé, Detective Dalton Vail, on their first Caribbean cruise. Her excitement hits a snag when she discovers his parents have come along for the ride. It isn’t how she might have chosen to meet her future in-laws, but she hopes they’ll have smooth sailing ahead.

The first sign of trouble is a mysterious note addressed to Martha Shore on her cabin door. Marla assumes the sender spelled her name wrong but is disturbed by the message. When she meets her dinner companions and learns they’ve received similar notes, she suspects something isn’t kosher, and it’s not the lobster on the menu. Moreover, Dalton’s parents have been seated at another table by mistake. Is it merely a mishap, or something more?

Their tablemates all seem to know each other as colleagues from an art museum, where an artist died recently under dubious circumstances. When her dinner companions start disappearing one-by-one, Marla realizes they’re headed for stormy waters. If she doesn’t find the culprit fast, she might end up with a one-way ticket to Davy Jones’s locker.

Killer Knots was originally published by Kensington. This Author’s Edition has been revised and updated with added bonus materials.

“Delightful…The Love Boat meets Sex and the City. A charming heroine and a hero to die for, pick this one up posthaste!” — MaryJanice Davidson, NY Times Bestselling Author

“Adventure with high-stakes drama, non-stop action, bone-chilling suspense and plenty of intrigue to lure you in. Give Killer Knots a try and go for the ride today.” Kristen Howe, Kristen’s Book Jungle

“Cohen’s latest Marla Shore novel shines with the compelling drama of an old-fashioned whodunit. A cruise ship is the perfect setting for this closed-door mystery.” — RT Book Reviews

“Overeating isn’t the only danger when a Florida hairdresser and her fiancé take a Caribbean cruise. As passengers start to disappear, Marla suspects lobster thermidor isn’t the only thing aboard that’s not kosher.” — Kirkus Reviews

“Hairdresser Marla Shore anticipates a leisurely cruise with her fiancé but a shipboard murder turns the outing into a mystery on the high seas.” — The TRITON Megayacht News

“I have never been on a cruise but this book by writer Nancy J Cohen has made me feel as if I have just spent time on one. This book stimulates every sense with a constant feeling of excitement as the ship goes underway…Whatever you do, don’t miss Killer Knots!” — A. L. Katz, Reviewing the Evidence

“Set on a cruise ship headed for the balmy Caribbean, stormy relationships and murder brew on the horizon. Maybe the hair stylist should have caught a clipper ship instead (ouch!). This Bad Hair Day mystery is a stylish read.” — Sunny Frazier, The Murder Circle

“Killer Knots lures you with balmy breezes, exotic ports of call, and an intriguing mystery. Kick back with your favorite tropical libation and enjoy the sailing.” — Betty Cox, Reader To Reader 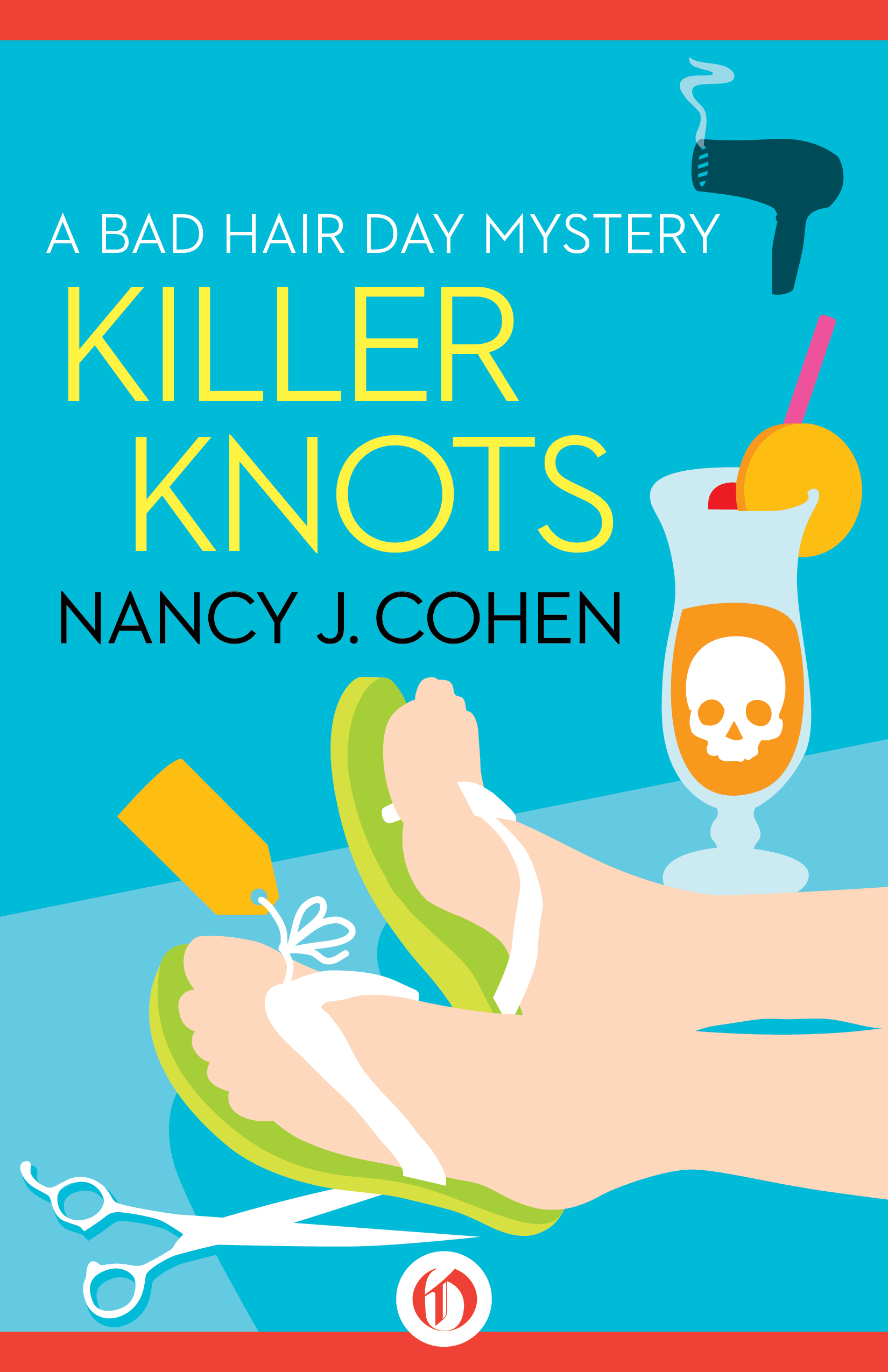 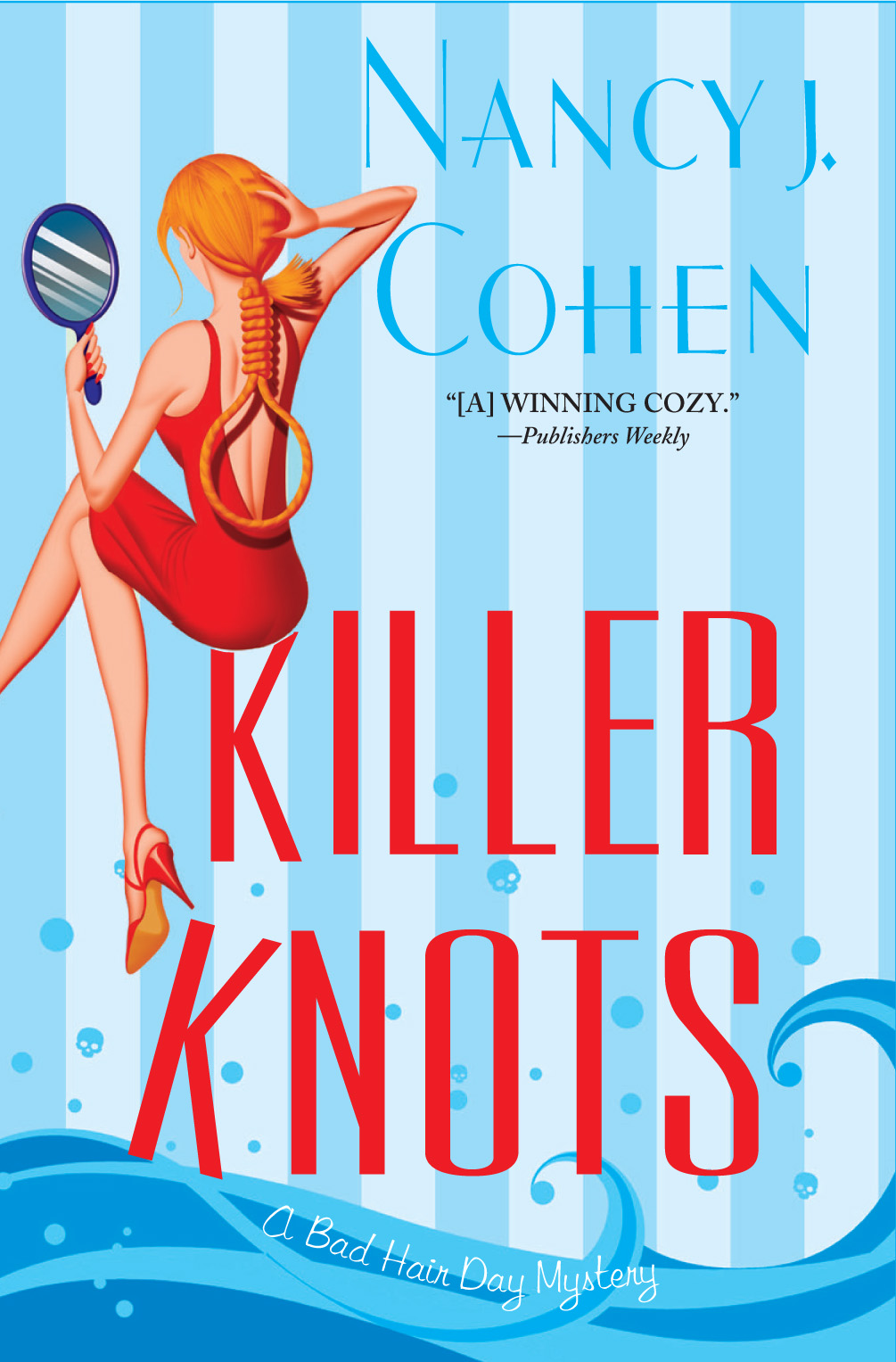